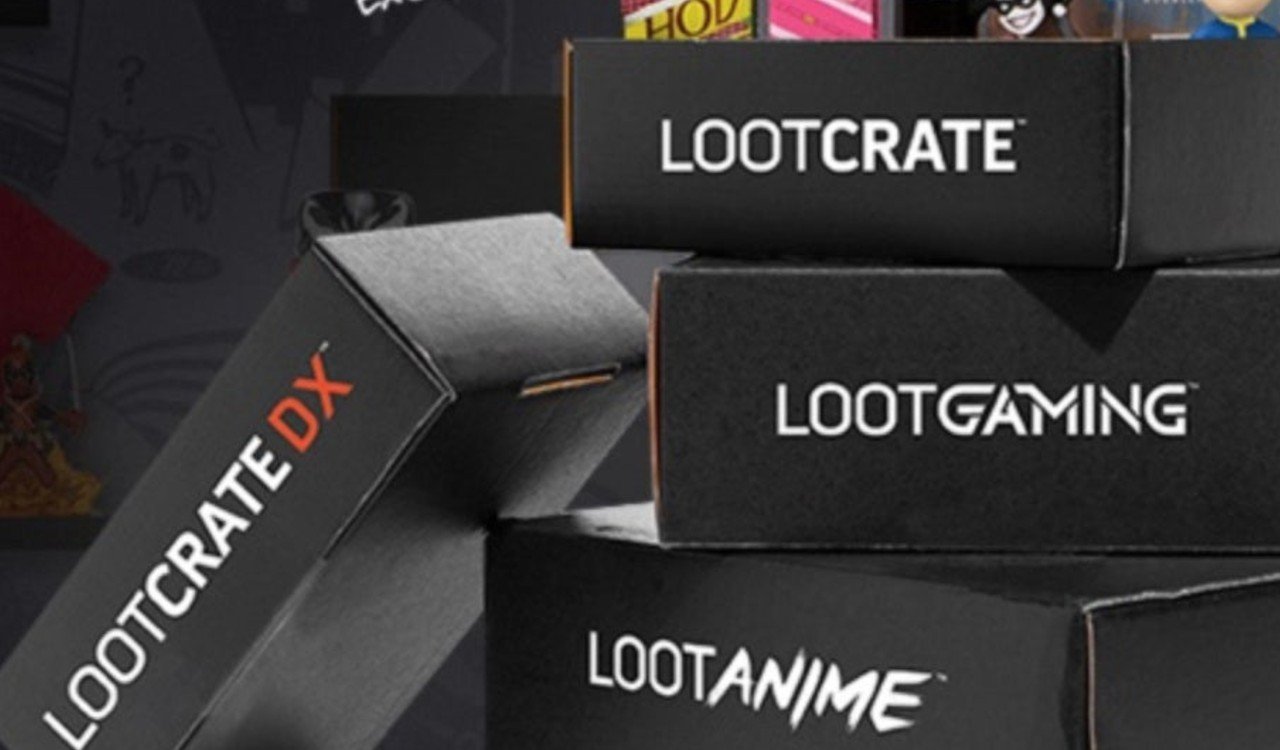 It may be shocking to some (not really) that Loot Crate has filed for bankruptcy. After having launched back in 2012, and quickly growing their subscription service to amass over 200,000 subscribers, Loot Crate was the leading geek subscription box company in America. But over the past 3 years, news began to surface that Loot Crate was suffering from some serious debt, which soured deals between them and manufacturing companies, resulting in significant delays for customers. Making the move to file for bankruptcy allows them to cross out their debts and be put up for purchase by any interested investor. 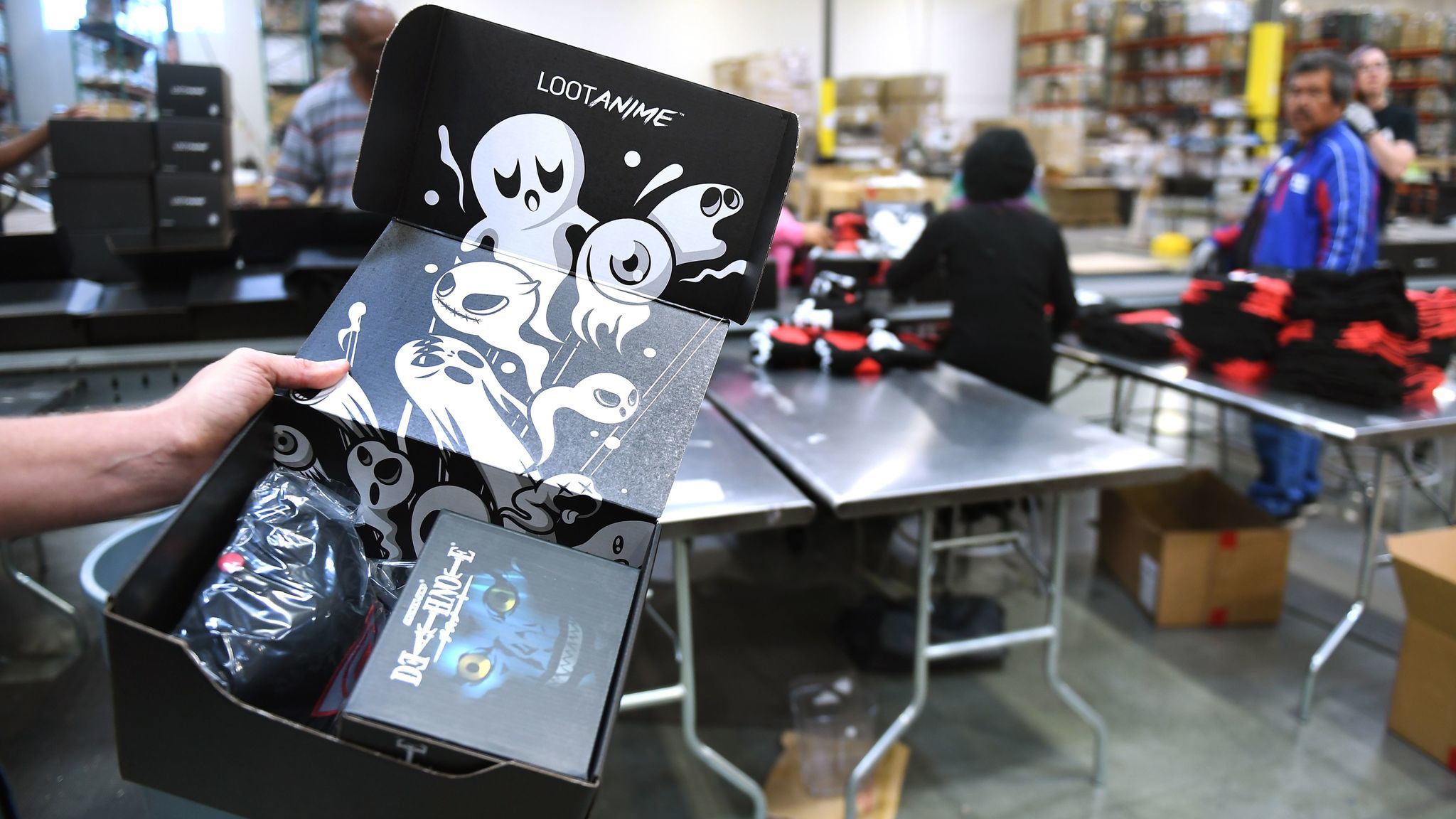 The Co-founder Christopher Davis promised in a press release that Loot Crate subscribers should expect no changes, that operations will continue as usual and that they are committed to getting late boxes out to customers. Chances are with the extreme amount of debt the company has, pulling together $20 million worth of late boxes would be a nearly impossible task for Loot Crate. They’ve already closed their warehouse and laid off 150 workers. That means if you’re an anime fan waiting on your Loot Anime, you may be in for an extended delay.

While you wait though, there’s plenty of other subscription boxes to explore, those of which are smaller but have a much better track record and really deliver quality content and value. The box in particular that we’re going to review today is Manga Spice Cafe.

What is Manga Spice Cafe?

Manga Spice Cafe is a lesser known subscription box service for anime fans that launched back in March 2017. The box is modeled after the popular manga cafes in Japan were one can select manga off the shelves, along with drinks, snacks, even hot meals and ice cream, and bring them back to their own personal cubicle room, equipped with a couch and computer with internet. Sounds cozy, right?

Not many anime fans can make a trip to Japan on a regular basis to visit  manga cafes, thus Manga Spice Cafe aims to bring this unique experience to the comfort of your own home each month. The snacks they send are not only Japanese, but also Asian. You’ll get to try noodles from Thailand, candies from Vietnam, chips from China, and drinks from Korea. 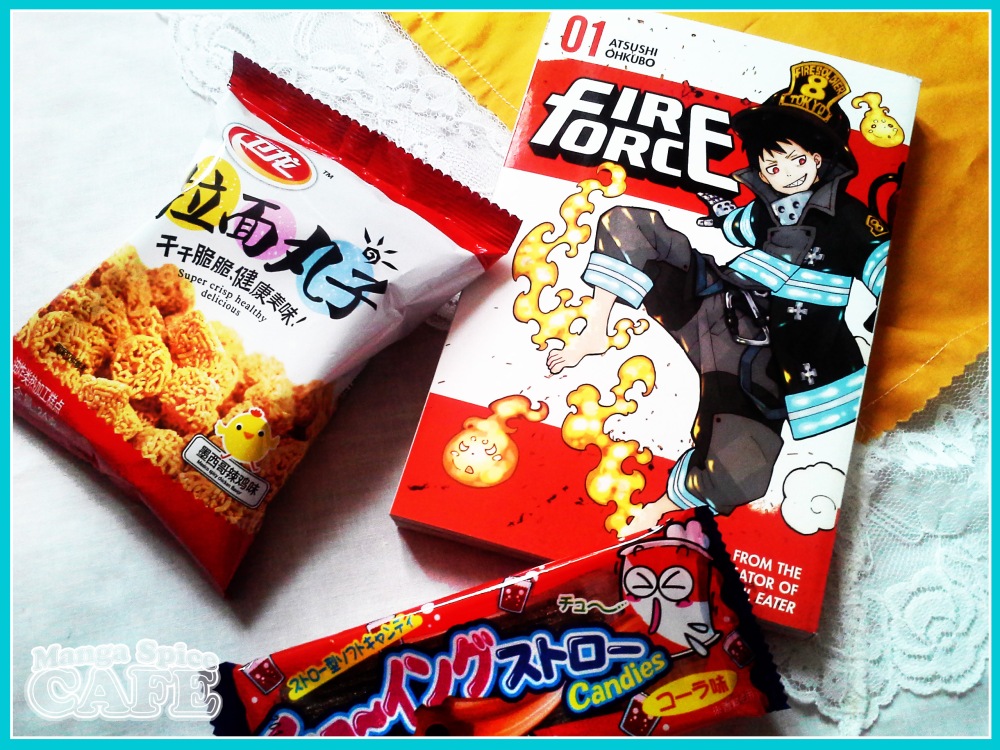 As a fan, when you think of anime, you may not always think of manga. But a large percent of anime is inspired by manga. Japanese comics has had a bigger following during the heyday of Borders, but as more and more printed content went digital and more bookstores, included the popular chain, closed, the industry suffered. Publishers became more hesitant to license content that was already translated and made available for free online due to illegal piracy.  Though pirates believe that their independent translations and scanlations makes series more popular and allows people the chance to enjoy lesser known titles, the impact they have on the decision of publishers whether to license or not definitely affects the number of sales made in countries outside of Japan, which ends up affecting the amount of money manga artists receive down the line.

The goal of Manga Spice Cafe is to support manga artists by promoting the sales of manga through their box. In fact, every box has an information sheet written about the artists of the books that arrive for that month, giving a face to the people behind the series. 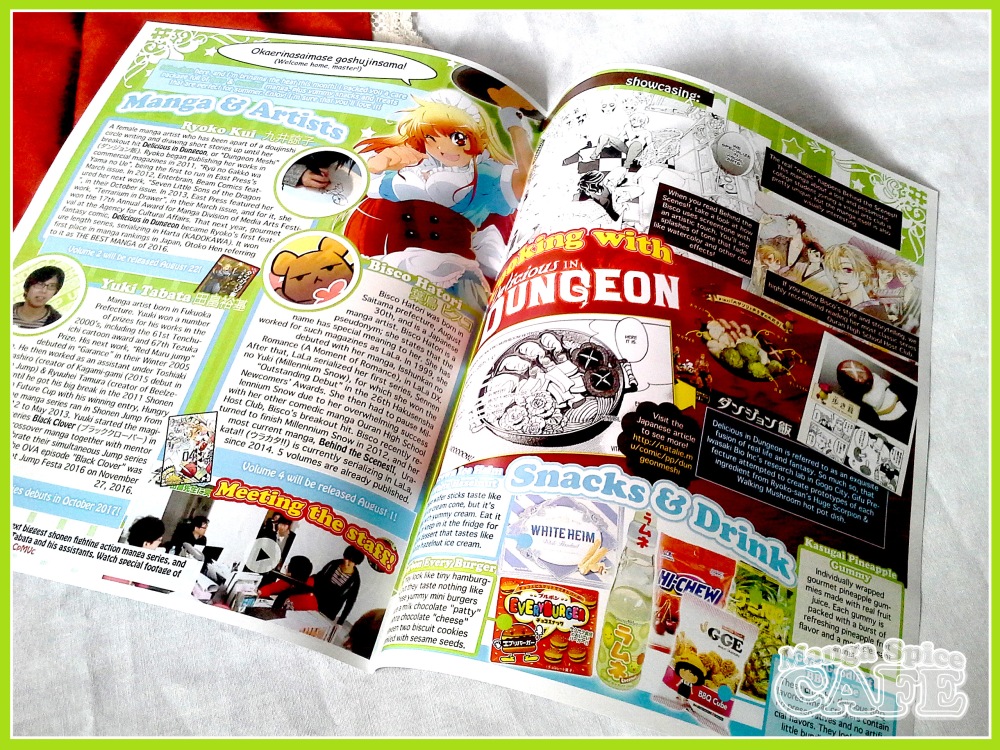 So not only are you receiving and exploring new titles each month and tasty foreign snacks and drinks, but also, with every box, you are supporting and sustaining the manga industry and the artists behind the books you get.

The box is $36 per month, plus $3.95 for shipping. Usually, the total value of the books equals $36 or more, which means you’re technically getting the snacks and drink as a free bonus. It’s a great value, considering how low the price is already. In addition, the manga are newly released volumes, and the company itself is US-based, meaning short shipping times and available tracking. and ships and arrives during the last week of each month. It also ships internationally as well to most countries. What to see more of what’s inside each box? Check out our reviews of past crates on this blog.

Subscribing is quick and easy, and you can cancel at any time. Orders open on the 1st and close on the 15th of each month.

Interested in getting a box for yourself? Visit mangaspicecafe.com!